Climate change can considerably and sometimes in an unexpected way affect ecosystems and different bioeconomy-sectors related to them. In addition to climate change mitigation it is relevant to know relevant adaptation options.

The EU coordinates adaptation policies of the member states and in 2013. a common framework for developing adaptation plans was launched.

Many EU states already have national adaptation strategies and action plans. Finland (2005), Sweden (2008), Denmark (2008) and Lithuania (2008) are examples of Estonia’s nearest neighbours who have such policies.

Climate change adaptation is one priority for the Estonian environmental policy as well. For instance, in 2013. an action plan 2012-2020 for mitigation and adaptation for agricultural sector (in Estonian) was compiled.

Estonia will have a comprehensive national adaptation strategy and action plan in 2016.

From January till August 2015 climate change impacts on biodiversity, terrestrial, freshwater and marine ecosystems (including their ecosystem services) will be mapped, as well as impacts on relevant bioeconomies, e.g. agriculture, forestry and hunting, fishery, tourism and peat mining.

Climate change impacts and adaptation measures will help to comply with several international agreements, EU law and national policies and legislation. The results will specify impacts on certain sectors that have been outlined for example, in Estonia’s 6th climate report to the IPCC (foremost on water management, forestry, peat extraction, agriculture and tourism).

Climate adaptation is a rather new topic for Estonia, but is yet practically relevant for different societal groups. So, the project also aims to raise stakeholder awareness and promote public discussion on climate change impacts and adaptation. We will actively communicate and consult with relevant sectoral practitioners and other interest groups from e.g. environmental conservation, agriculture, forestry, or tourism, to get their feedback on our analyses and discuss suitable adaptation options. 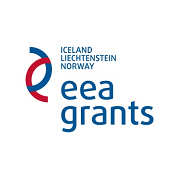